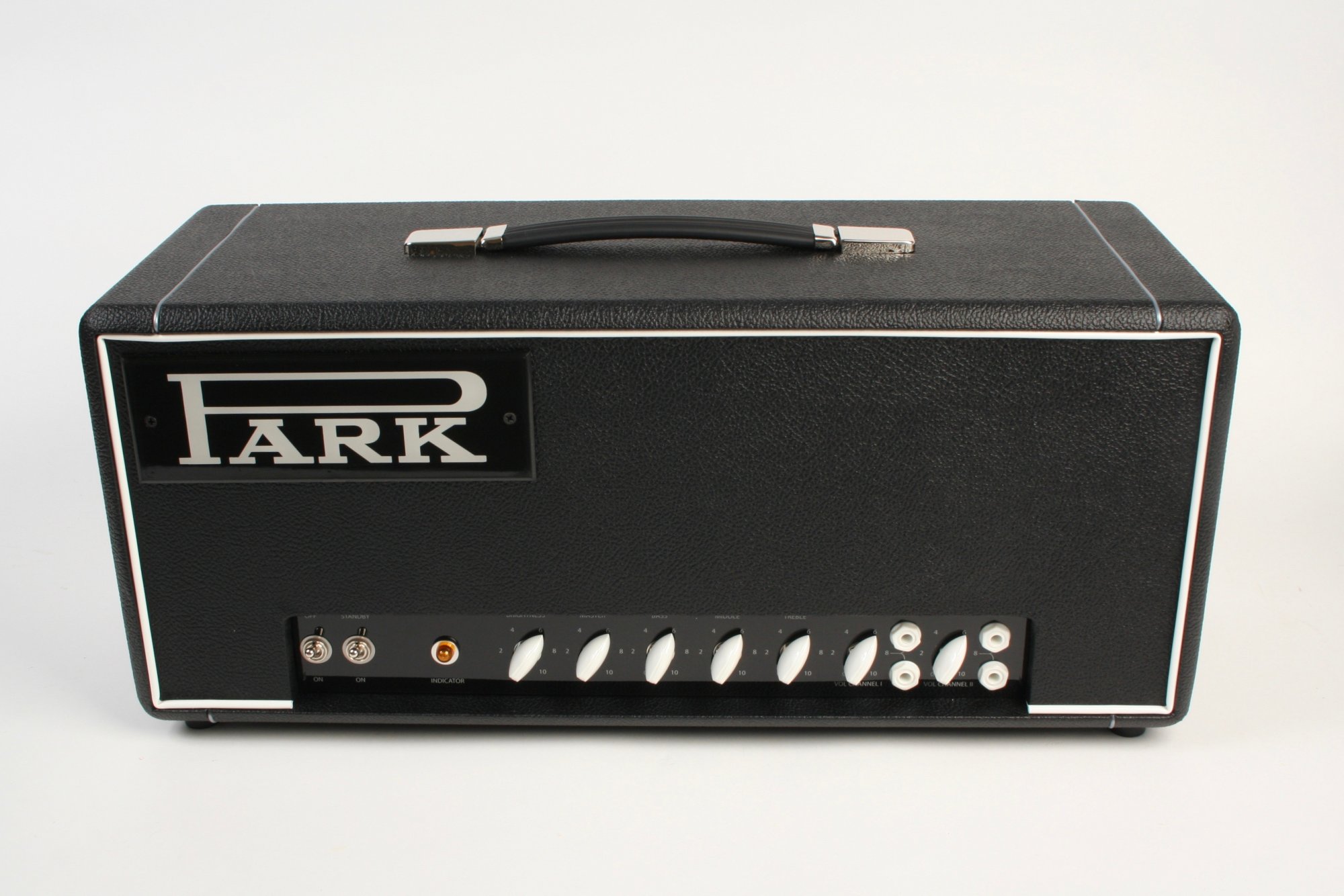 Guitar Riot is thrilled to be THE place for all things Park Amplifiers in the region. Park captures the full bodied thrust of a dialed in vintage British amp. All Park models are hand wired one at a time in New York. Park amps have an undeniably classic sound done the right way.

Specs from Park:
The Park 45 head and combo use modern and NOS parts to faithfully recreate the classic vintage British 45 circuit and sound quality. As in the originals, KT66 output tubes are used in the power section for a rich tone that sounds great clean and overdriven. At 30 watts clean and 45 watts fully cranked this circuit has been heard on countless seminal guitar recordings from the 1960s through the present. As with all Park amps we use carefully selected parts to recreate the sound and feel of the originals including custom USA made transformers (built the old fashioned way with paper bobbins), aluminum chassis, custom Park banana knobs, Park black plexi block logo and Celestion Heritage speakers in the combo.

About Park:
Park amps are newly manufactured guitar amps that faithfully recreate the sound, feel and look of some of the best British made amps from the 1960s and 1970s. The first available amps use the traditional 45 and 50 circuits that have been made classic on so many of the best blues and rock recordings from the 1960s through the present. The man behind Park is Mitch Colby who had a 30 year relationship with two of the most iconic British amp companies. After a long career with Unicord and Korg USA, the exclusive US distributors of Marshall and VOX, he started Colby Amplification in 2012. Park became part of Colby in 2013. Mitch has since introduced a few models of Colby and Park amps that have already been added to the tone arsenals of collectors, tone aficionados and touring artists alike.