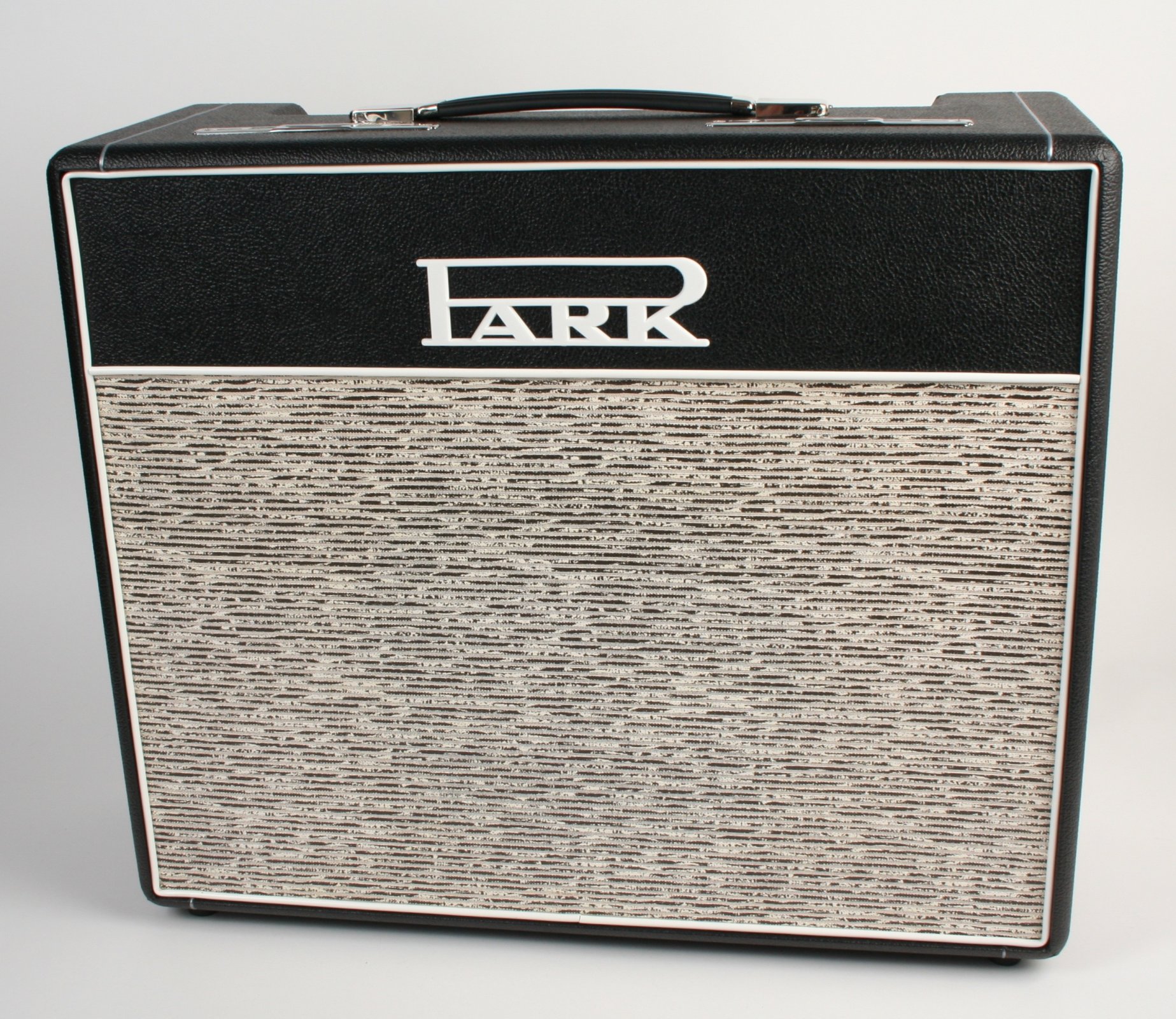 Park Amps are a favorite at Guitar Riot.  The new P1800 combo is one of the finest examples of the classic 18 watt 1x12 we have ever heard! Features EC Collins Bluesbreaker grill cloth.

There is a great tradition of EL84 powered 12 to 18 watt combos made in the UK starting in the late 1950s. In fact, there is a book written about it! Although there were many from different manufacturers, there are two or three that really stand out.  One is the VOX AC15. It is perfect in it's design and an amazing amplifier for it's tone and wonderful Vib/Trem circuit. The other is the Watkins Dominator, another great amplifier. It really shines in its throaty overdriven sound and its smooth tremolo circuit. The third was based on the Watkins but brought it to another level of aggressive Rock sounds.

The Park P1800 is based on the Watkins and also brings it to an even new level or aggressive rock tones. Carefully built with New Old Stock capacitors and resistors, an output transformer built in the UK to the exact specifications and sound quality as the original Radio Spares EL84 output transformer and a custom speaker that uses a Celestion Blue alnico frame and magnet as it's base but with a different cone that truly is in a class of its own.

The P1800 was introduced at the summer NAMM show in June, 2018 to rave reviews by guitarists, friends, press and even amp builders and competitors.

The basic specification of the Park 18 include:

Two speaker output with a switch for 8 and 16 ohms