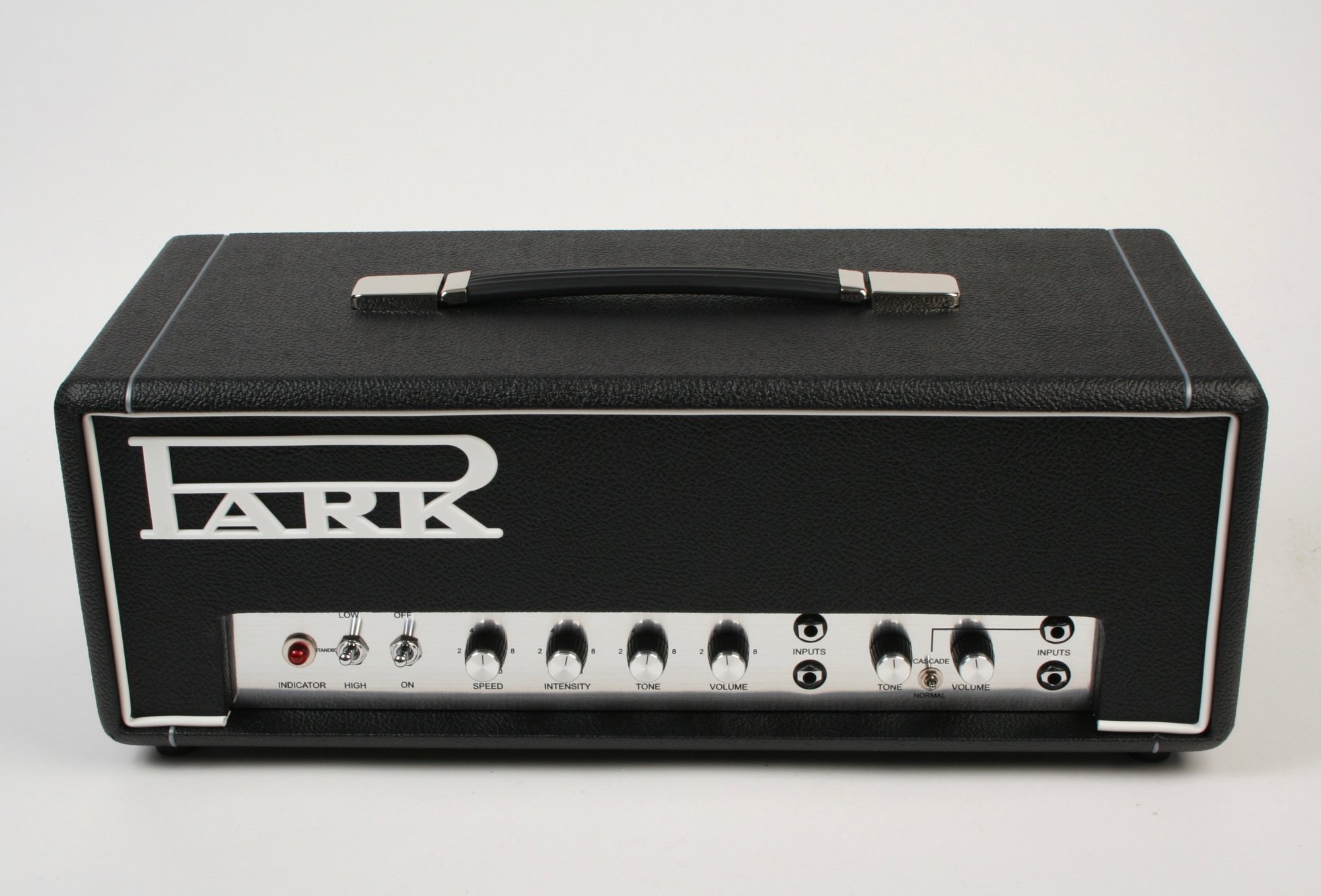 Guitar Riot is Ohio's only Park Amplifiers dealer!  The all handwired Park Amps from Mitch Colby are incredible sounding with impeccable build quality.  We stock other Park heads and cabs as well.

TAKING THE 18 WATT FORMAT TO A NEW LEVEL

There is a great tradition of EL84 powered 12 to 18 watt combos made in the UK starting in the late 1950s. In fact, there is a book written about it. Although there were many from different manufacturers, there are three that really stand out.  One is the VOX AC15. It is perfect in it's design and an amazing amplifier due to it's sound and wonderful Vib/Trem circuit. The other is the Watkins Dominator, another great amplifier. It really shines with its throaty overdriven sound and smooth tremolo circuit. The third was the Marshall 18 watter which has become legendary. It was based on the Watkins but brought it to higher level of aggressive Rock sound. It’s got the grind of the bigger Marshalls but in a smaller package.

The Park P1800 combo was based on the Watkins (and Marshall 18) but brought it to a new level of beautiful clean sounds and aggressive rock tones. The P1800HiLo has all the carefully crafted tone and feel of the P1800 combo in a compact head format. In addition it has some new features that bring the 18 watt EL84 circuit to a new level.