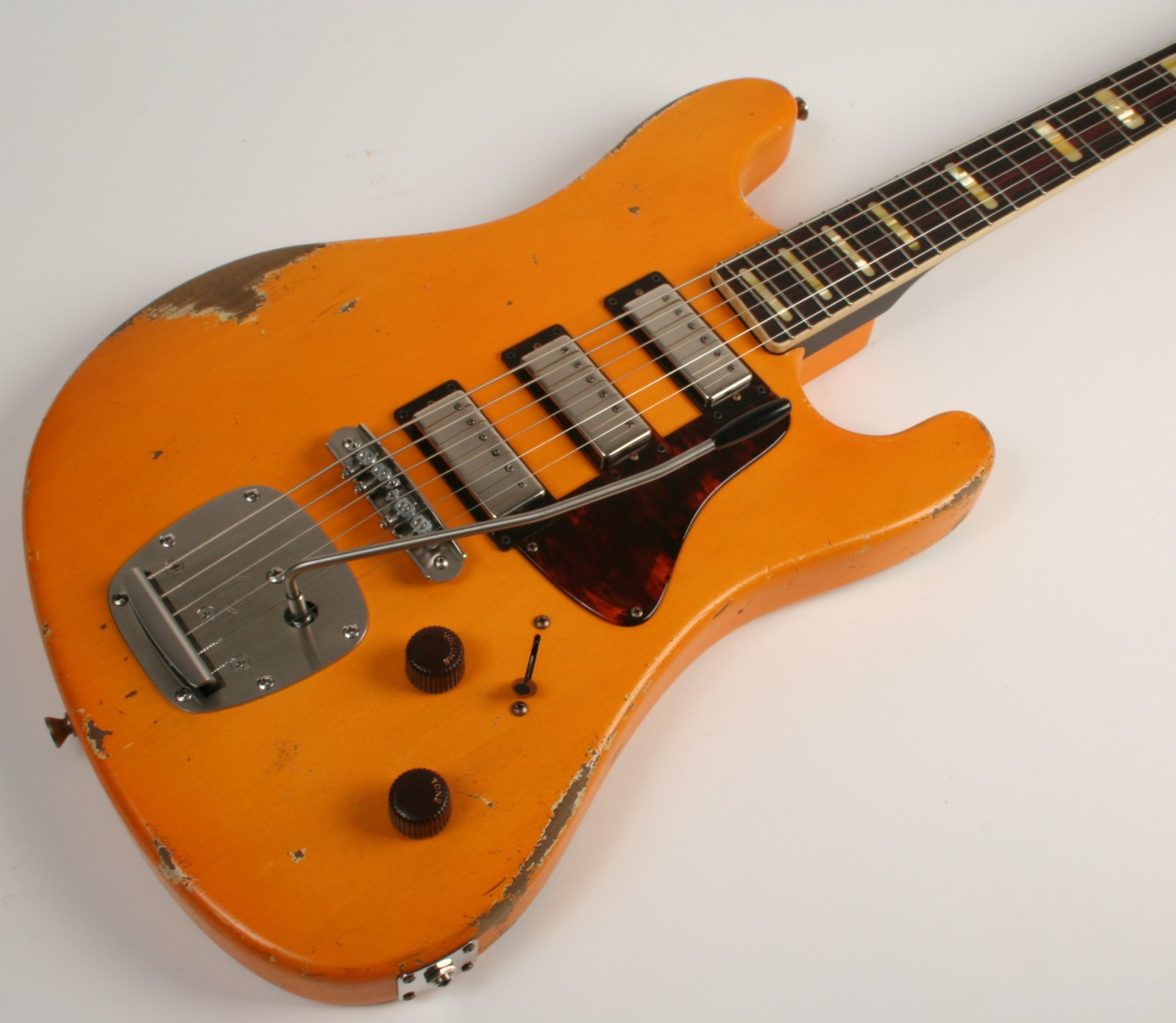 Guitar Riot is super excited to be a Castedosa dealer!  This Conchers model is the first one in and we have many more in the queue!  This could be the end all for your Baritone needs.  What a stellar instrument!

The Conchers Baritone dubbed its name from Carlos late grandfather. He was a big part of his life and played an integrate role in shaping Carlos inspiration and motivation. He is a big part of the reason Castedosa has life and proudly call its first model “Conchers”.

“Life is short. Time is Precious. Do what you feel led to do”. This is our why behind Castedosa.

Carlos Lopez the Founder and Builder behind Castedosa Guitars has been in the guitar making industry for almost 2 Decades. Carlos is prominently known for his work as Master Builder with the Fender Custom Shop. He has worked with artists such as Ariel Posen , Eric Clapton, Jeff Beck, Robby Robertson, Tyler Bryant, Josh Klinghoffer, Chris Garza, and Eric Johnson to name a few. In that time he has sought to master his craft and has continued to learn and grow.

He felt compelled to start Castedosa Guitars with his wife Stephanie Lopez as a way to continue that pursuit of growth. Starting this company is his “evolution and contribution to the world”. Castedosa is more than just a guitar company, it is a Family enterprise. His hope is that doing this alongside his family will bring greater purpose and meaning to their lives. Leaving Fender was a very difficult decision to make but his family means more to him than prestige, and that is what Castedosa represents.

Stephanie Lopez is wife to Carlos Lopez and mother of their 2 children. She is the winder behind all of the TS Castedosa pickups. Her background, unlike Carlos, is not extensive or vastly knowledgeable in the guitar realm but through her willingness to learn and grow with her husband she has a newfound skill. Winding pickups has sparked a greater connection with her and Carlos and it has become a meaningful way to contribute to the business. Her hope is that over time she will also become a master of her craft and leave behind a legacy for their children.