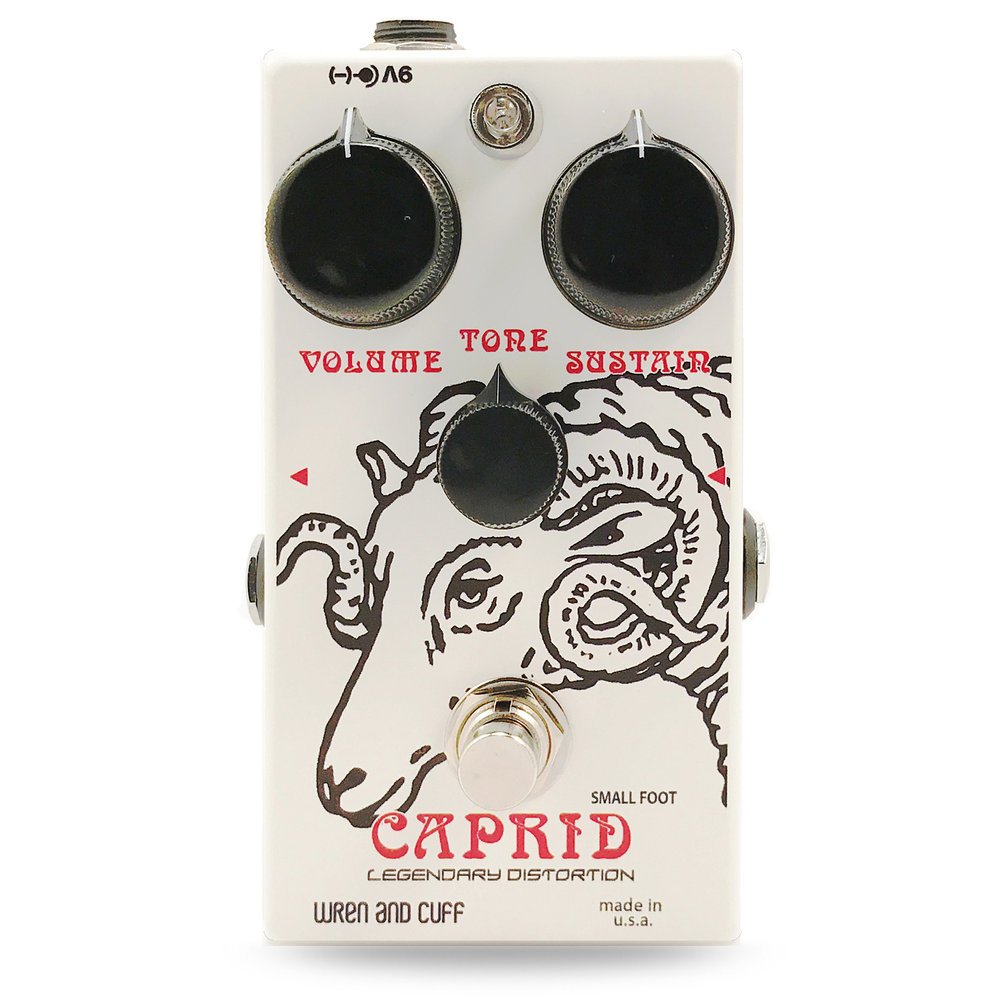 A PEDALBOARD FRIENDLY VERSION OF ONE OF OUR MOST POPULAR PEDALS

It started in 2012 with the Caprid. The idea was to make a full size recreation of the legendary B** M***f "Ram's Head”. Knowing that there are actually four different versions of the circuit within the enclosures from the 70's, I decided to make a "best of” combination of those circuits to capture what I felt was special about each one.

For the original, I used a recreation of the original "3003" one layer PCB, carbon comp resistors, big tropical fish capacitors, and of course the mega big original style muff box.

After many, many, requests, 5 years later we have finally made a "Small Foot" version of this fat monster tone machine.

For practical reasons, we of course had to sacrifice some of the neat features of the first Caprid, in order to fit the circuit into the pedal-board friendly 125-style box of the Small Foot.

So does it sound exactly the same? No, it does not. If it did, what would be special about the original? However, it does sound pretty damn close.

On the small foot we used quieter, metal film resistors, standard size metal film and ceramic capacitors, as well as a smaller (duh) PCB in order to fit into the box.

My favorite way to describe the sound is buttered nails. Can be violin smooth and sustaining, but can be raunchy and drivey when you roll the distortion knob back. Med-heavy mid-scoop, heavy saturation on tap.