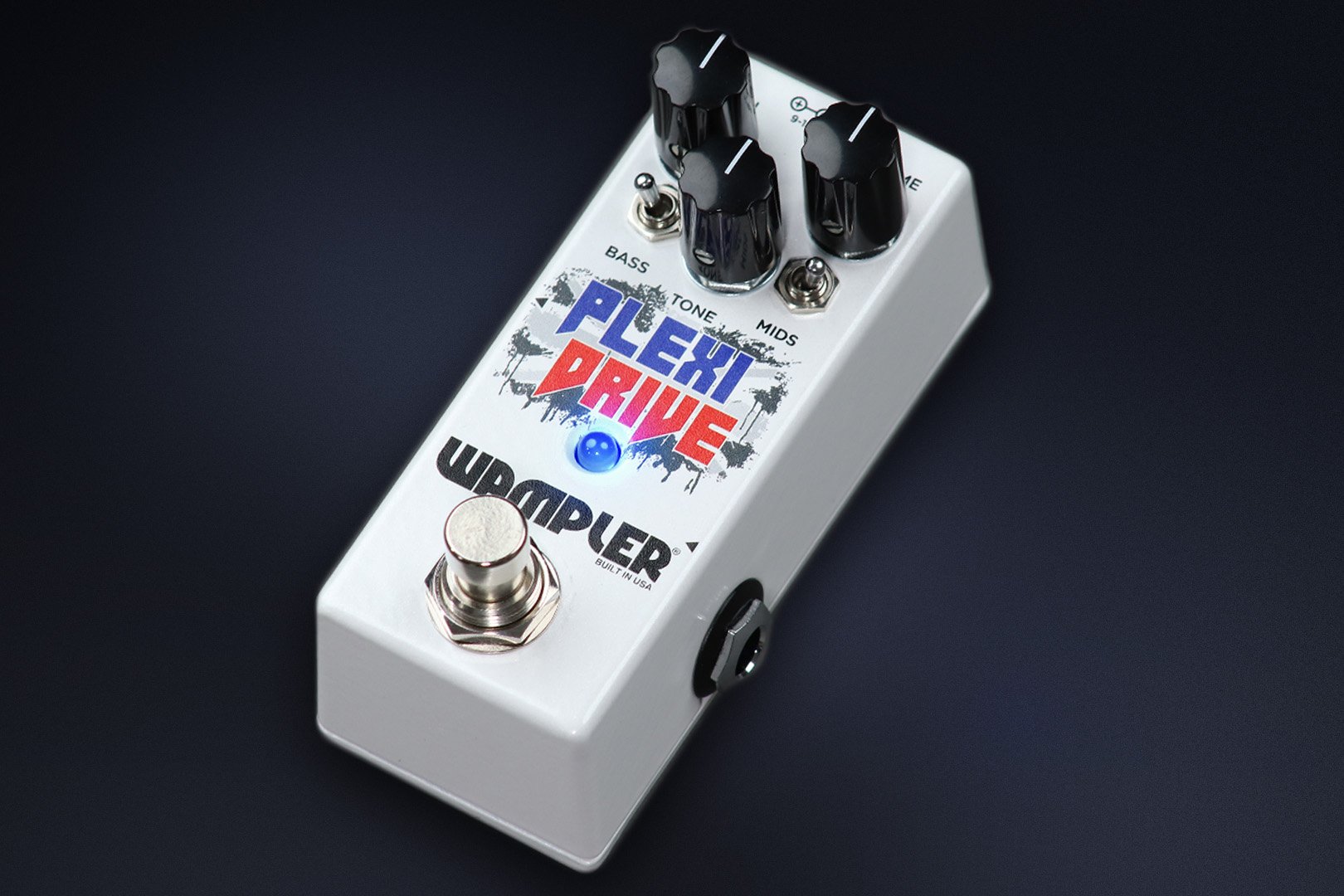 Since the early 60’s, Marshall Amplifiers® have led the way in rock tones with legendary crunch and punchy bass response. Early rock legends such as: Jimi Hendrix, Led Zeppelin, Cream, and AC/DC helped in creating some of the most iconic rock tones ever and catapulted Marshall® into legendary status. Like the original, the Plexi-Drive Mini’s unique gain structure covers everything from Vintage ’68 style Plexi tones to the all-out massive rock tones of a JTM-45® cranked to ten, or even eleven…

The all-new Mid Boost circuit switch, never featured on any previous Wampler Plexi style pedal, creates a powerful throaty tube-like boost by tweaking several gain stages of the circuit at once. The combination of these switches with the Tone and Gain controls offer impressive tonal flexibility from a mini pedal. Many players love to run Tumnus, Clarksdale and other OD type pedals into the Plexi-Drive or Plexi-Drive Deluxe. For the Plexi-Drive Mini, Brian implemented gain stage and EQ changes within the mid boost circuit to achieve a similar response - the result is astounding, and with masses of gain on tap, things are about to get loud! The Plexi Drive Mini also features our special Bass Boost switch which emulates the tonal difference between a 4x12 and 2x12 speaker cab.