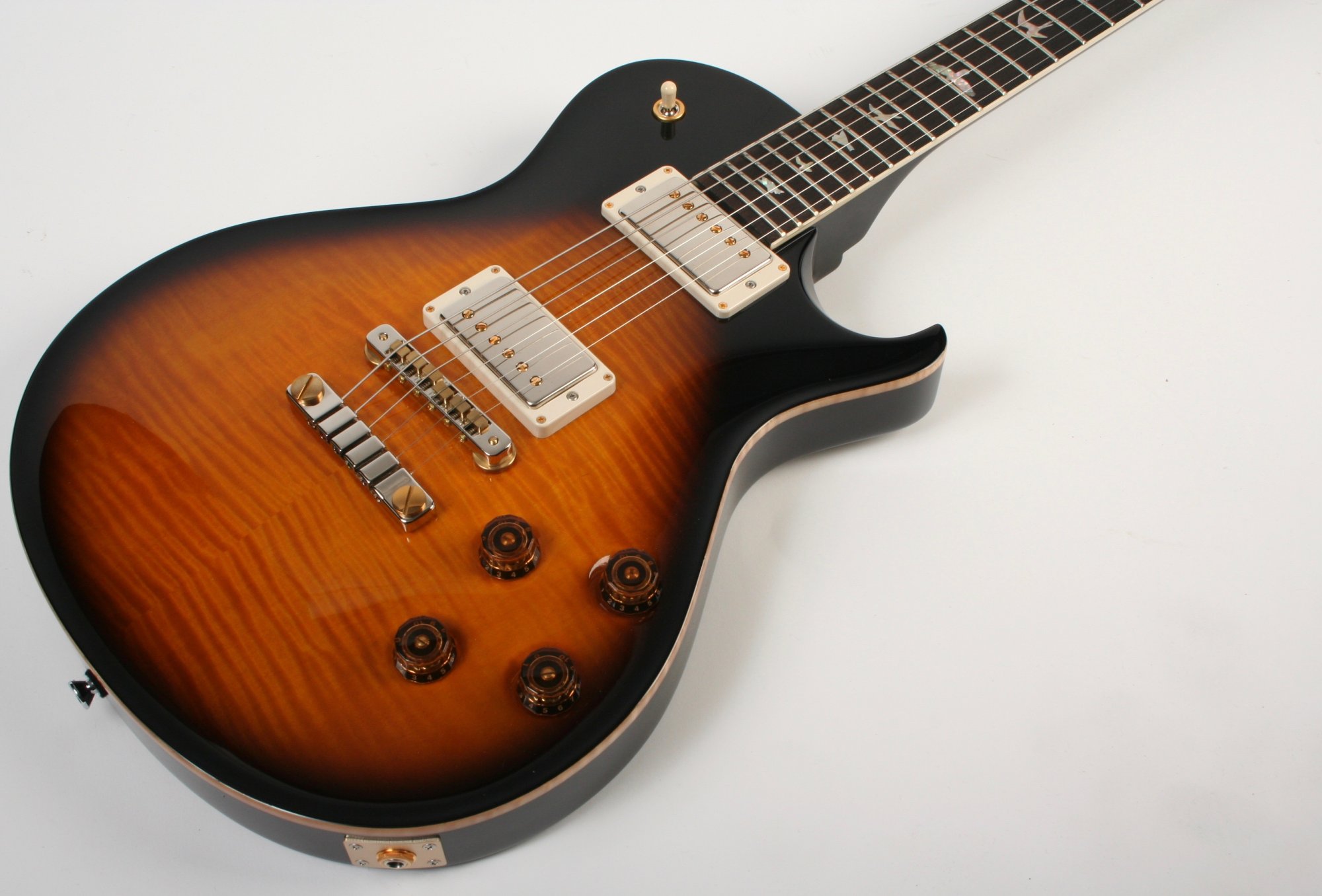 2019 PRS McCarty SingleCut 594 with Ten Top just in at Guitar Riot.  This is in excellent condition with only light signs of being handled.  Frets show no wear.  There are some light surface/superficial marks in the top coat of the finish on the back and a few on the front.  These are very light/angle dependent and impossible to photograph.  The only other "blem" is 2 little indentations along the back edge near the control plate from taking it out of the case.  See pics.  Otherwise this is just about as clean as you find hanging on a wall in a shop.  Come with original case and all case candy/paperwork.  Please message with any questions.

The McCarty family of guitars are born from passion and precision: built passionately to embody vintage appointments and tone while utilizing the precision of PRS’s modern manufacturing techniques. Whether you are looking for rich, authentic humbucking tones or nuanced, sweet single-coil sounds, the McCarty Singlecut 594 can seamlessly master both sonic territories thanks to the 58/15 LT+ pickups and push/pull coil taps on the tone controls. The electronics layout, a few key specifications, and PRS craftsmanship combine in the McCarty Singlecut 594 to create an instrument that plays in tune, is intonated the entire length of the neck, and feels like a guitar that you’ve been playing forever.

The McCarty Singlecut 594 has been meticulously spec’d to deliver a familiar feel and warm, vintage tone, featuring a bound, 22-fret, 24.594” scale length Pattern Vintage neck, a slightly thicker back for enhanced tone and sustain, and 58/15 LT+ treble and bass pickups, which have now been through the TCI (tuned capacitance and inductance) process. 58/15 LT+ pickups offer exceptional clarity, focused midrange, and vintage character. The McCarty Singlecut 594 model is anchored by a zinc two-piece stoptail bridge with brass saddles and studs for added resonance and vintage-style tuners.

“One of my sayings is that everything that touches the string is God – well, that’s really the bridge, the nut, and the tuners. The updates to the McCarty family make a huge difference in their tone. The guitar sustains longer and the tone has more character,” said Paul Reed Smith.

In the late 1980’s, Paul Reed Smith called on Ted McCarty to consult with him on guitar design and production techniques. He not only served as a mentor but became a great friend of Paul and everyone he met at PRS. In 1994, PRS released the first McCarty, an instrument that incorporated the full spectrum of techniques and knowledge Paul had gained from Ted as well as his own experiences as a guitar builder.