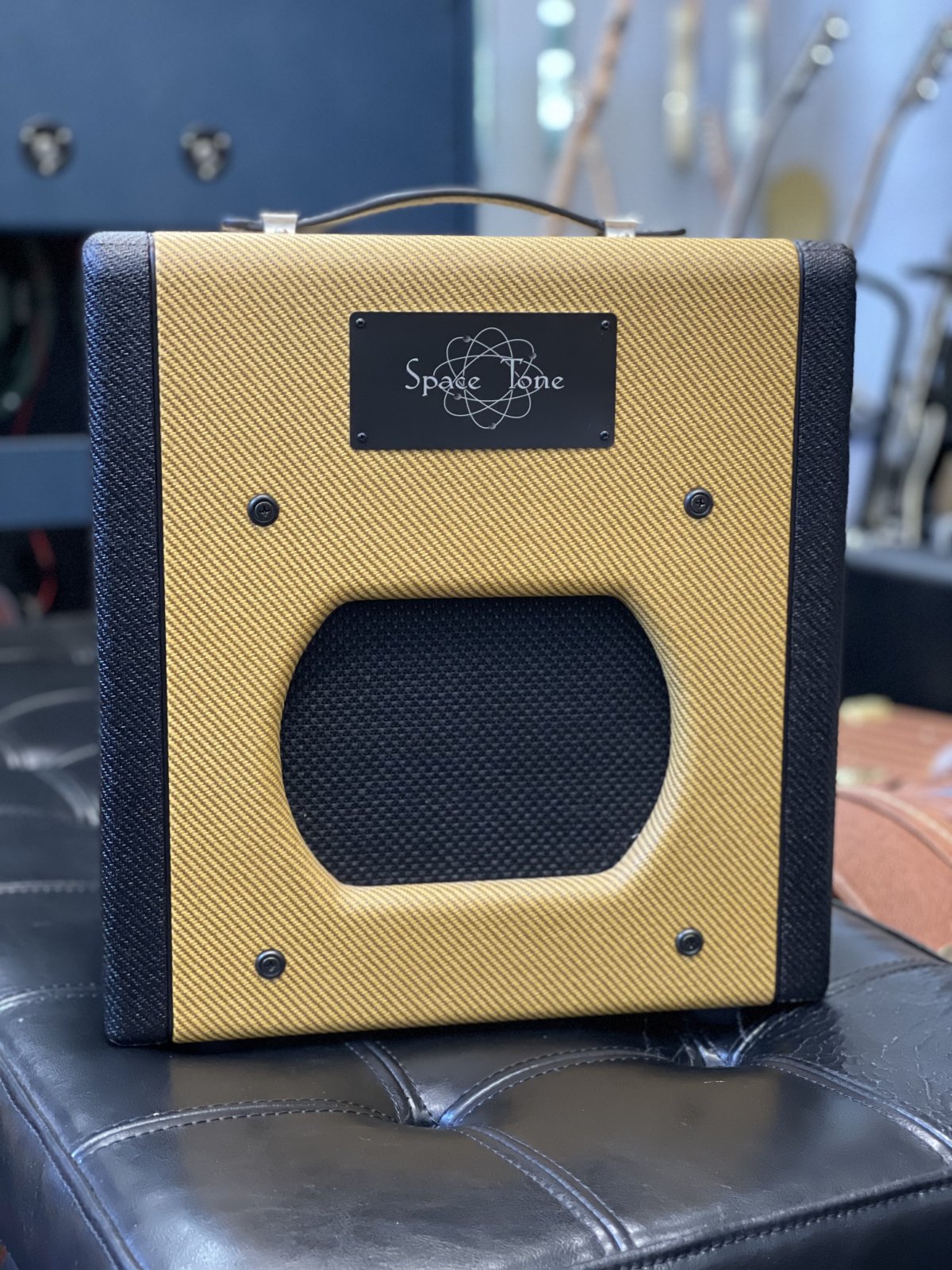 2017 Swart Space Tone Atomic Junior just in!  This is in excellent condition with no visible blemishes and sounds fantastic.  Please message with any questions.

If only words could actually convey sound fully; they always fall short to some extent. And that's where I stand with the Space Tone Atomic Jr, the latest amazing, soulful little amp from the hands of Michael Swart.

The new ST-Atomic Jr starts off with the heart of our ever-popular ST-6V6se with the addition of a year in the making, triode reverb stage utilizing a dedicated 12DW7 fed into a nifty spring tank for surprisingly BIG REVERB, especially for a cabinet this size. Actually, for ANY size cabinet. (Wait till you hear Greg V's samples ).

The tonal variations and REVERB in this little monster must be be heard to be believed. Most amps this size attempting reverb and big tone tend to be underwhelming. Not so with the 14lb Class A ST-Atomic Jr.

The circuit remains amazingly simple, including this reverb stage, and will feature volume, tone, and Swart's patented "Space" reverb. I've been playing this beast non-stop since the prototype hit my apartment, never to leave. It's the perfect amp for those craving AST type sound in a package that weighs no more than a ribald ole Tom Cat.

There is a cool switchable gain option in place of the 6V6se feedback switch. When in circuit, the amp has more cleans and take a bit longer to break-up. It's a slightly more controlled result. Flip it out of circuit and you have slightly less compression with a more raw take, quicker to get into the fun stuff. Think of it as HOT SWITCH NOW like the good ole Krispy Kreme Donut Shop.

Like all Swart amps, the circuit is point to point, hand-wired and CATHODE BIASED with no need to mess with adjustments when rolling tubes.

The Atomic Jr has two driver/preamp tubes comprised of one 12AX7 and one 12DW7 feeding either a 6V6 (stock) or 6L6 family power tube. We also keep the simple tone cut bringing the least complexity, integral in keeping touch sensitivity and transparency.   Of course, the Atomic Jr. relies on tube rectification for PS filtering with a JJ 5AR4/GZ-34 as stock with the ability to run a NOS 5Y3 for more Sag, compression, earlier breakup, and that Brown Sound (it also brings 34v less on the tubes).We want to avoid that harshness that seems to ride along with solid state rectification. Try a vintage 5Y3 for a bit more SAG and less voltage on the power tubes.