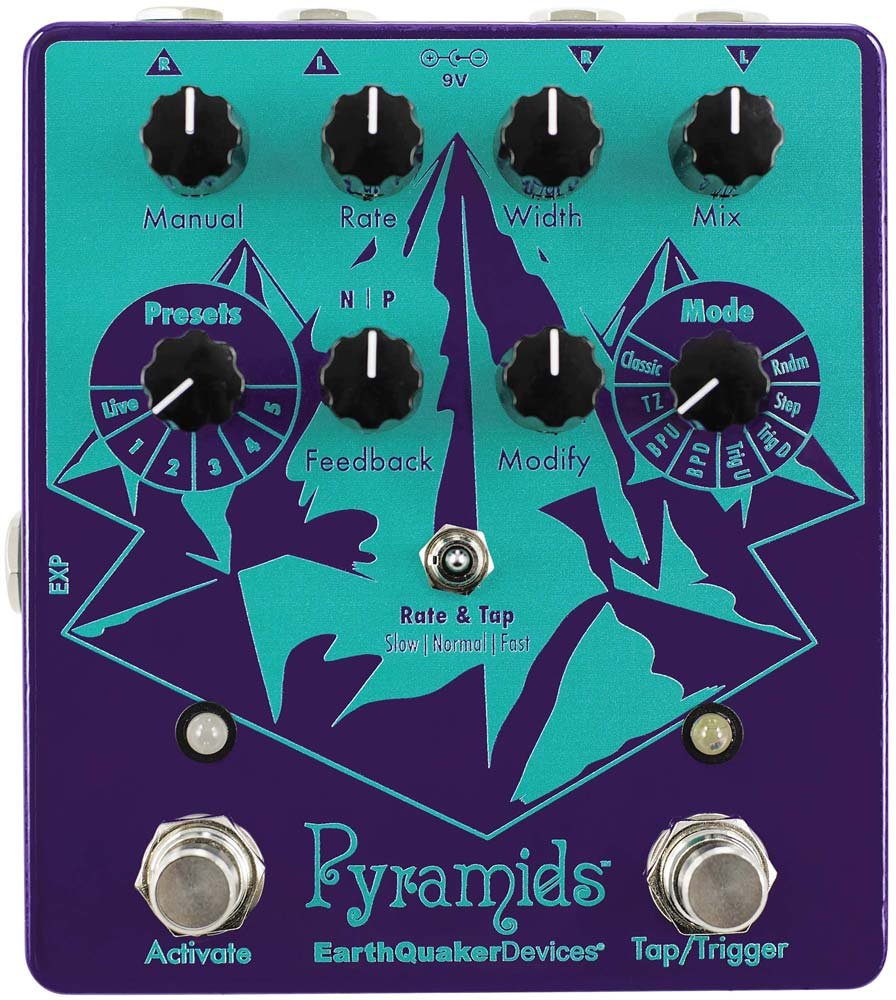 Pyramids is a Stereo Flanging Device with five presets, eight flanger modes, tap tempo, tap subdivision, a multifunction Modify control, positive and negative Feedback, and a variable Mix control, which is something you don’t see on a flanger every day.

Manual: Controls the delay time of the modulated signal. Manual can also be controlled via expression pedal.

Rate: Controls the speed of the LFO as well as the rise time in “Trigger Up” mode and fall time in “Trigger Down” mode. The Rate control has three ranges of operation: Slow, Normal and Fast. These modes are selected by the Rate & Tap toggle switch.

Width: Controls the frequency range of the LFO sweep. You might also think of it as a depth control for the LFO.

Modify: The behavior of this control depends upon which mode you’re using:

Presets Rotary Switch: Selects between Live mode and one of five presets. Pyramids comes with our favorites programmed in, but you’re allowed to re-write them if you want. We don’t mind.

Since the switching is relay based, it requires power to pass signal.

Power PCBs populated by a combination of artificial and human intelligence in the Akron, Ohio of America. Each and every Pyramids is completely assembled, wired, and tested by total human beans in the Great Sphinx of Akron, Ohio, which, coincidentally, looks exactly like the cover of Iron Maiden’s Powerslave.